July 29, 2014
Two months after having my hair colored at eSalon headquarters, my hair still looked pretty good. I had some root growth and gray hairs appearing at the temples, but otherwise, the color was lovely, rich, shiny, and not brassy. After a week in the California desert visiting my in-laws, using terrible hotel hair products (my bad for leaving my good stuff at home), I was a bit bleached out on top. It was definitely time for a root touch up!

My eSalon kit had arrived while I was traveling, so as soon as I got home, I grabbed the kit and made the grey and the sun-bleached hair disappear. 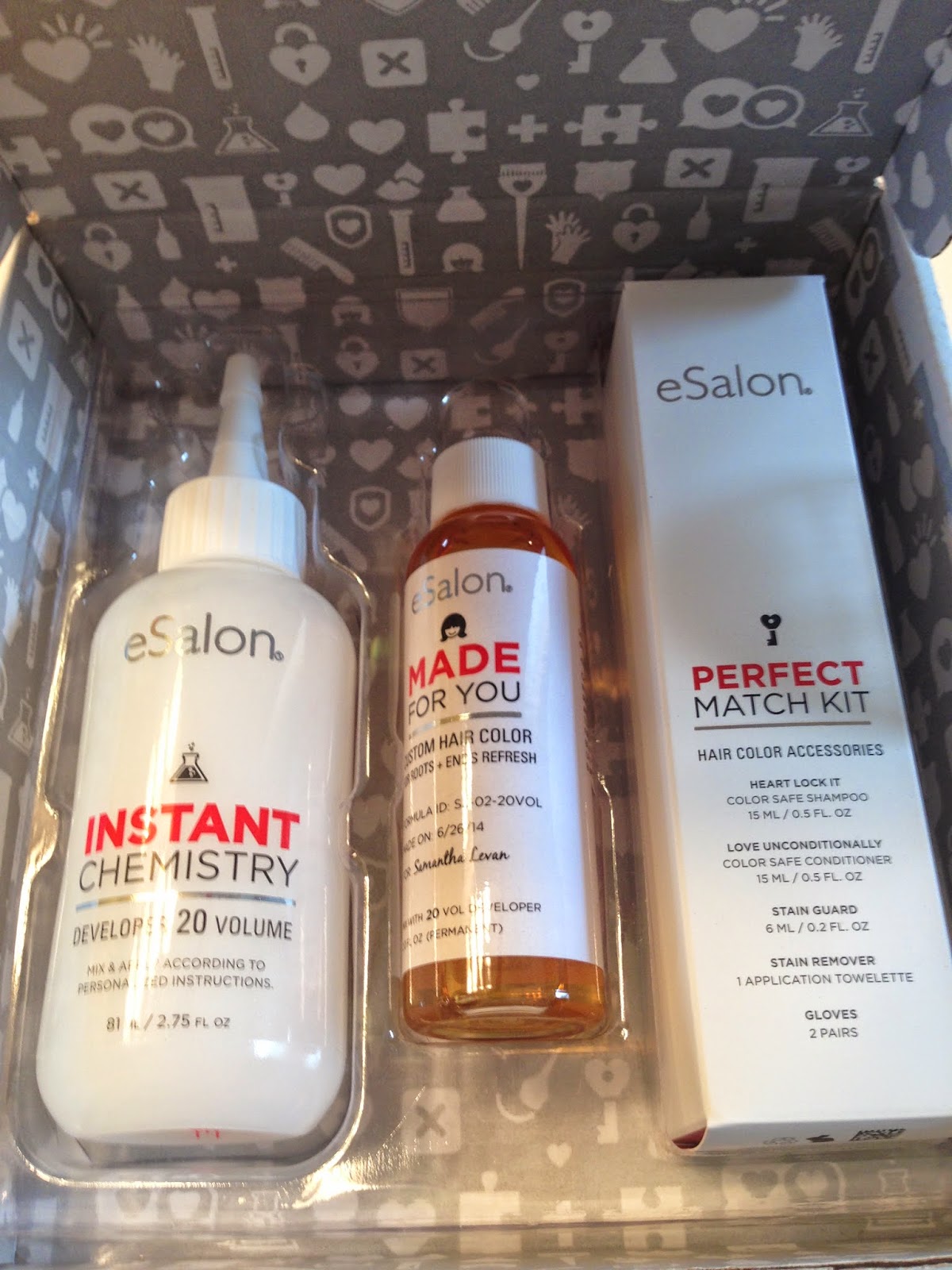 I was super careful in reading the instructions because I wanted to be sure I'm touching up the color without over darkening the ends. 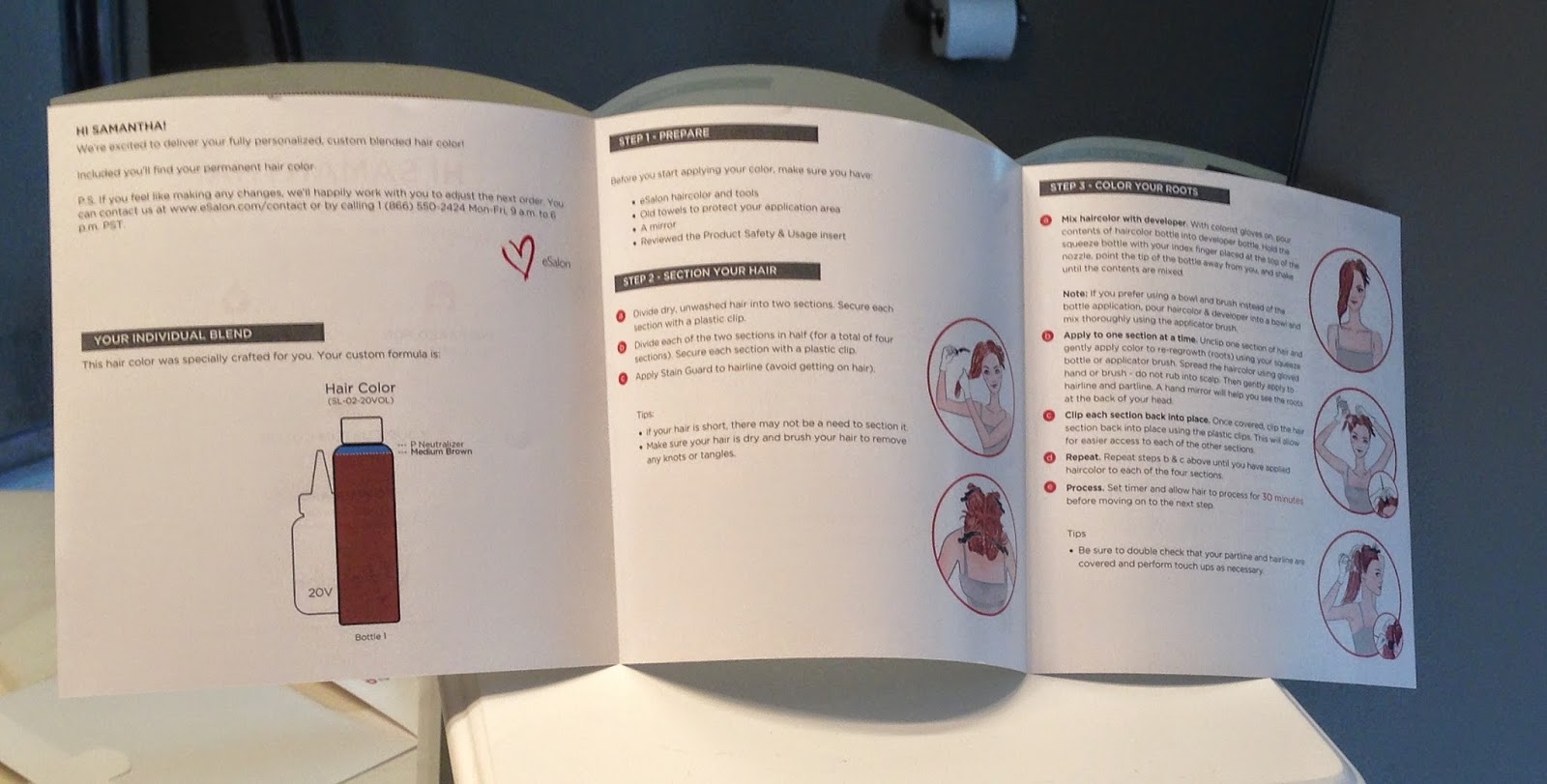 Once thing that is new since I first posted about eSalon is the gloves all come in one bag now. They supply two pair but rather than packaging them separately and wasting plastic, they're combined in one set. Perfect! 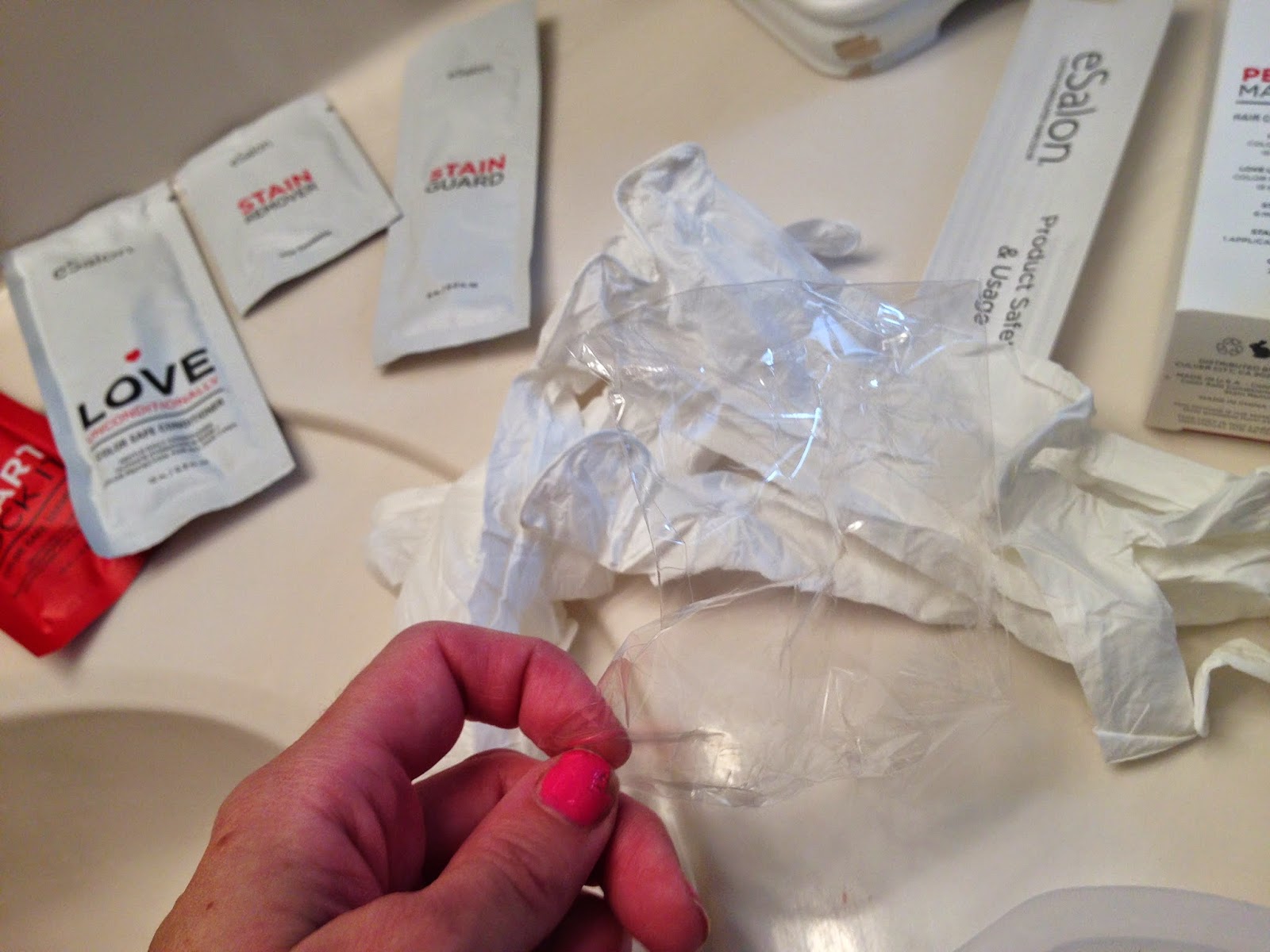 I still have the bowl, brush, and timer from when I colored my sister's hair, so I used those for my root touchup. It's way easier to work on roots with a brush compared with the bottle and hands. I first applied some Vaseline-like goo to keep the color from dying my skin. I mostly put it along my hairline and the back of my ears though I should have remembered to hit the back of my neck too. If you have long hair, definitely don't forget your neck and shoulders. 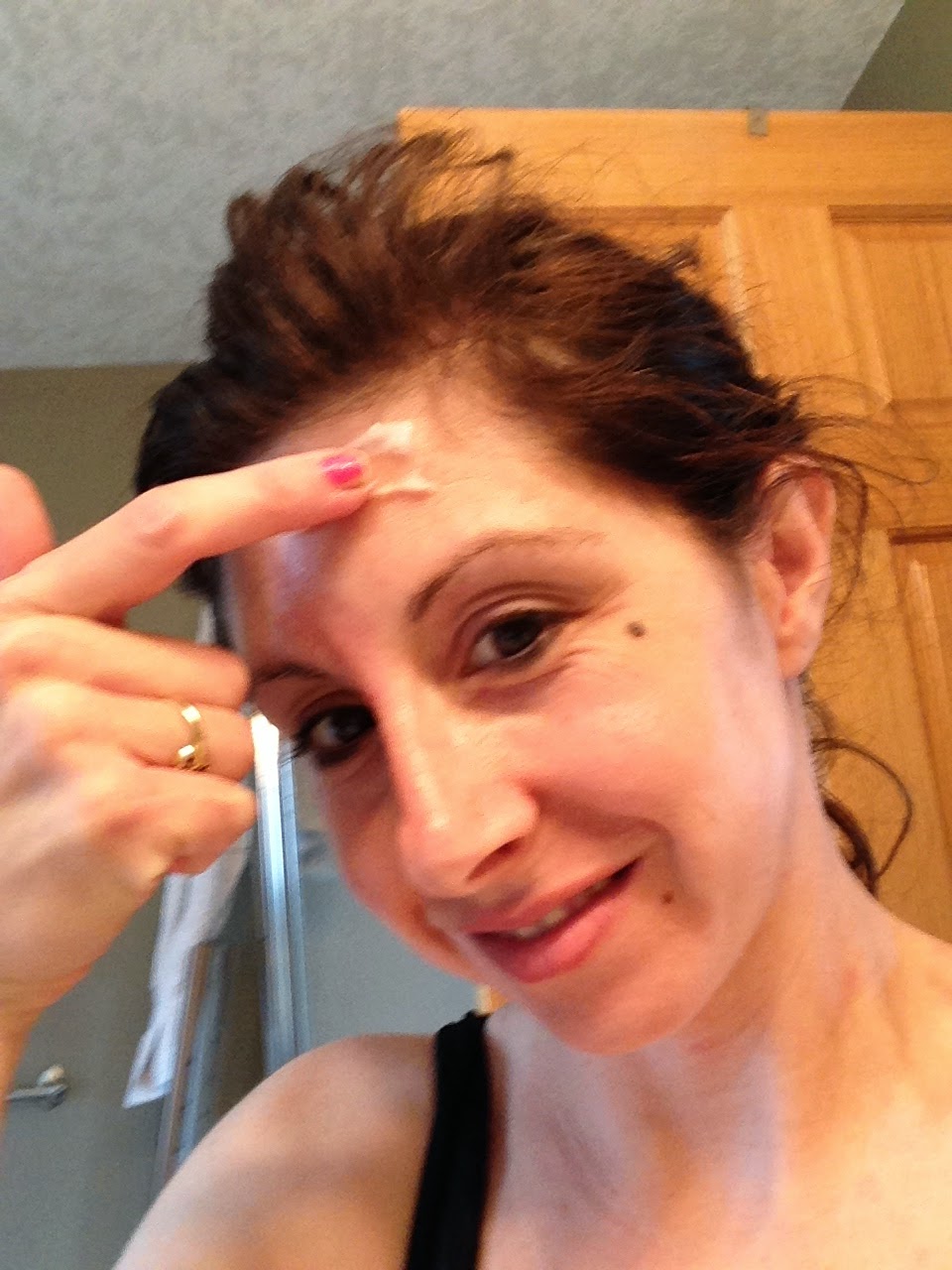 Then I mixed the color and applied it to my roots. This took a while since I have a LOT of hair. If I went to the salon, my stylist, Kristan, would probably book twice the time of a typical color appointment. 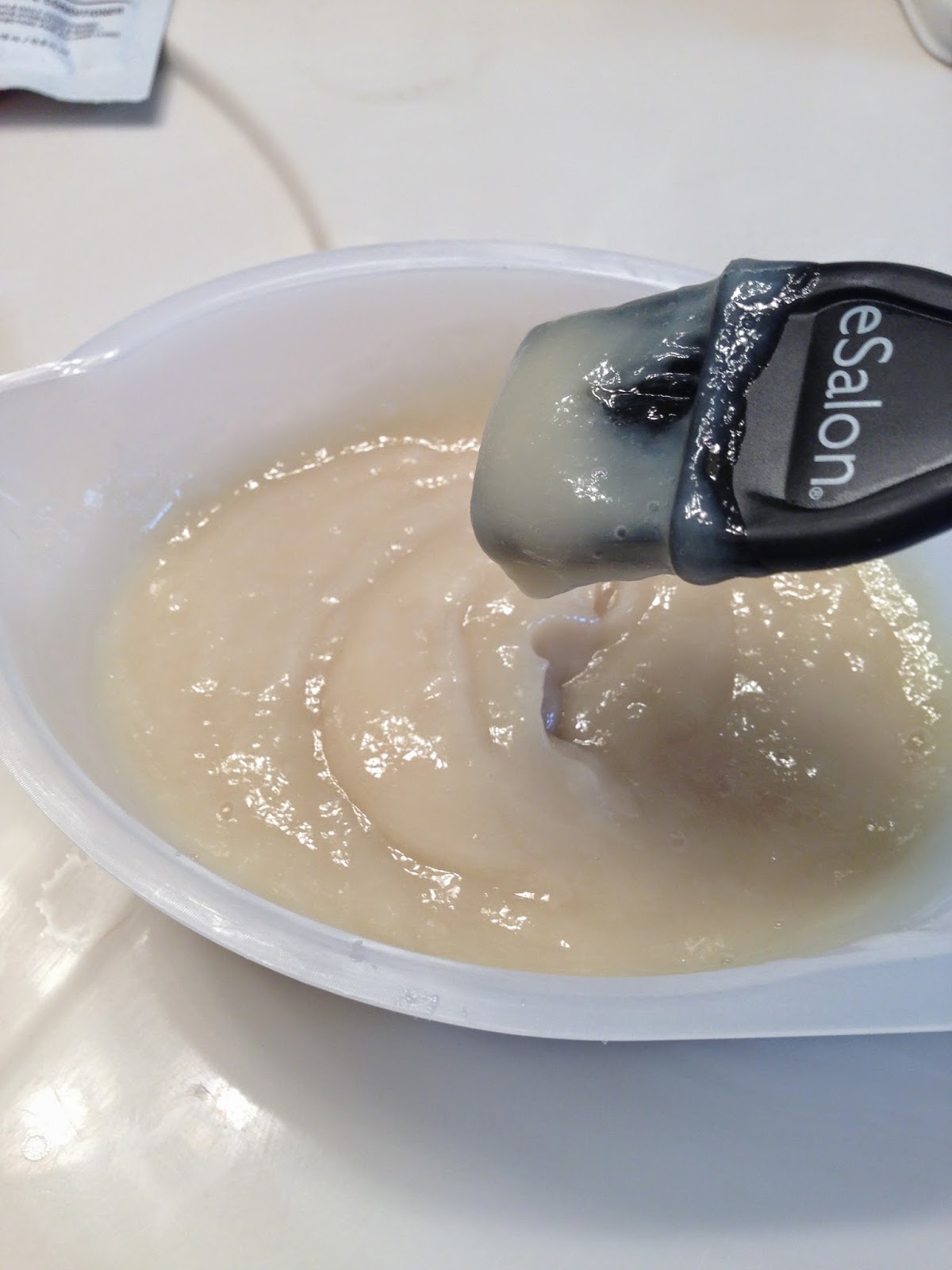 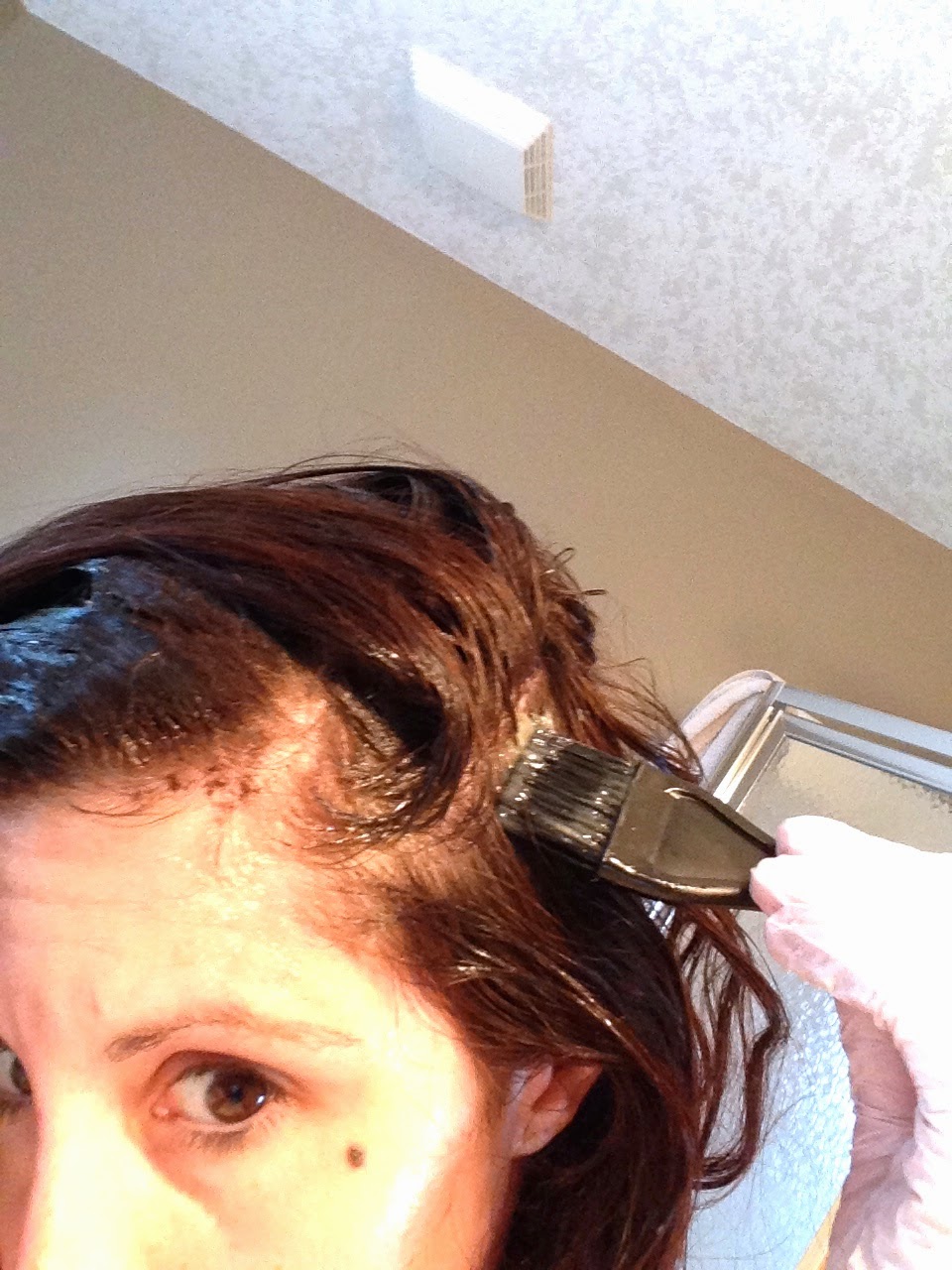 Once the roots were covered, I pulled it down a bit with my fingers since I did have so much lightened from my desert vacation. Keep in mind, I'm talking an inch or two, not the entire length of hair. I then waited the amount of time in my instructions before doing the color rinse in the shower. That part is messy but really important for even color and shine. 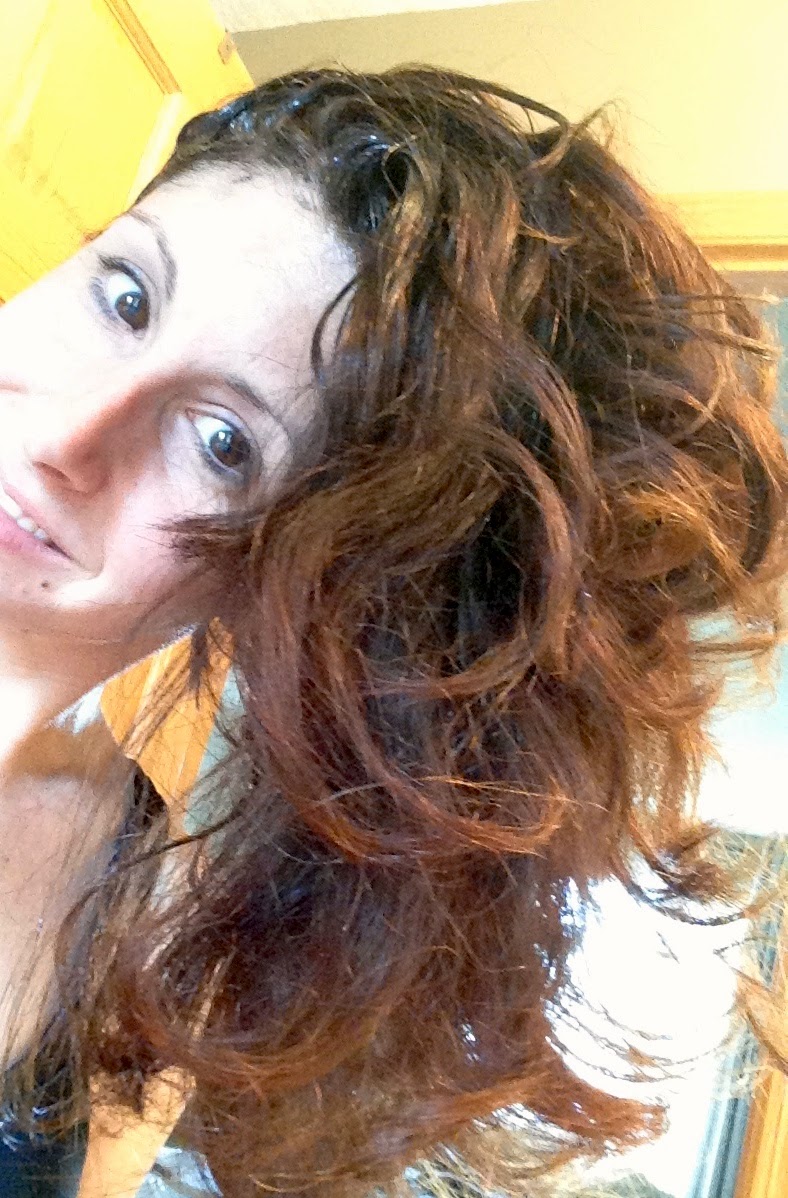 I do use eSalon's styling products for shine and conditioning, so I mixed a little of those together and applied to my wet hair. I then blew it dry with a round brush and flat ironed it smooth. I don't usually blow it out, but it stays straighter longer when I do that compared with ironing air dried hair. Below is a pic on a nice sunny day, about 24 hours after coloring. 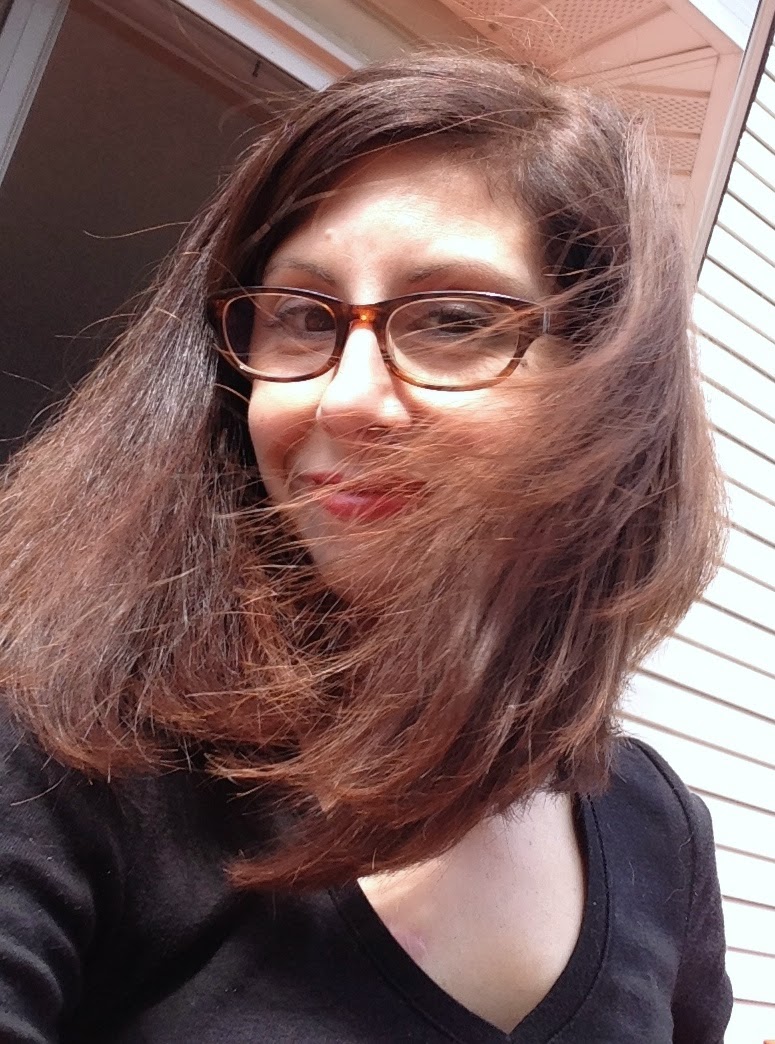 So here's the before from earlier and an after photo (in the same room indoors): 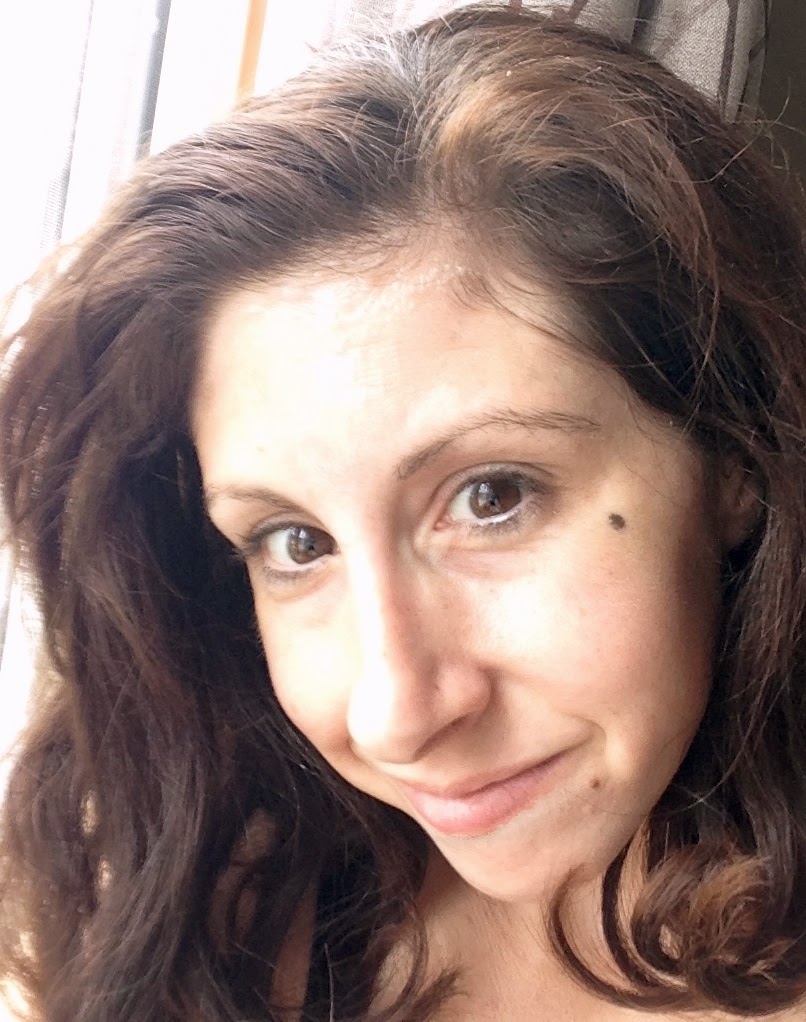 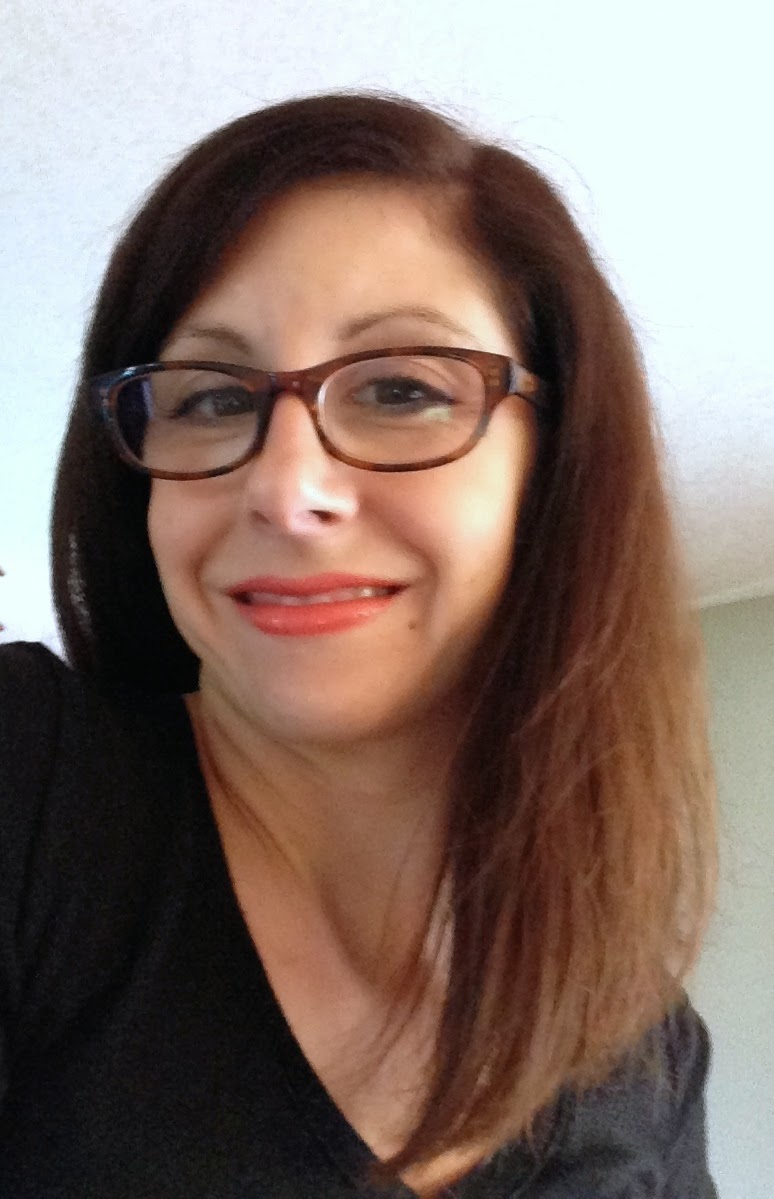 I love the color. It's still just what I want, just like how it came out when the eSalon colorist did my hair, and it looks super natural. When my sister first saw it in person, she said it looks great and it's just what I've always said I've wanted my hair to be - reddish brown without being brassy. Warm, but not orange and brown, but not mousey.

I set my reorder schedule to be 10 weeks, figuring that's about the time I'll want to touch up the roots and grey. In the meantime, I'll keep using Tinted Love a couple times a month just on the ends and middle of the hair to enhance the color and keep it from from getting brassy in between coloring. My stylist suggested Aveda's clove conditioner as an option as well, but that's a bit pricey. I'll have to do a price per ounce comparison and see which makes the most sense. 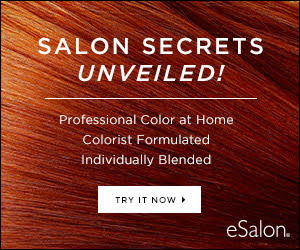