Helping butterflies and bringing back the prairie

September 03, 2014
I live in Minnesota. Those of you who live elsewhere may think of us as cold and snowy, but there's much wonderful green and beautiful parkland to enjoy during the warmer months. Minnesota's prairie is what sold me on moving here, but less than 2% of the native prairie is left! Farming, like in many states, has taken a toll on natural landscapes, as has city expansion and housing developments. In the early 20th century, preserving and restoring the native landscape became a "thing," but it takes far longer to restore than it does to destroy. Farming is necessary and critical to our livelihood, but there are steps that everyone can take to help the environment and keep certain species from becoming extinct.

We have a tiny plot of land that is mostly house with a steep hill and tiny front yard. When we bought the house, there were a few simple plants, but most weren't a good fit for their location and either died off or aren't thriving. We need to do a good deal of landscaping in the next couple of years to prevent erosion of our hill and better handle runoff, but it's expensive. Add to that the cost of plants, even native plants, and we're looking at a very long and slow process.

While we save for the bigger projects, we're taking tiny steps to help butterflies, bumblebees, and to reduce the amount of water we use in our non-edible gardens. Eventually, we're planning to install a raingarden with help from a local grant to reimburse some of the costs, but for now, it's baby steps.

There were two huge prickly bushes along the sidewalk in front of the electrical boxes. They had to go, both for safety and for aesthetic reasons. After we pulled them out, I amended the soil and put in several young native plants. 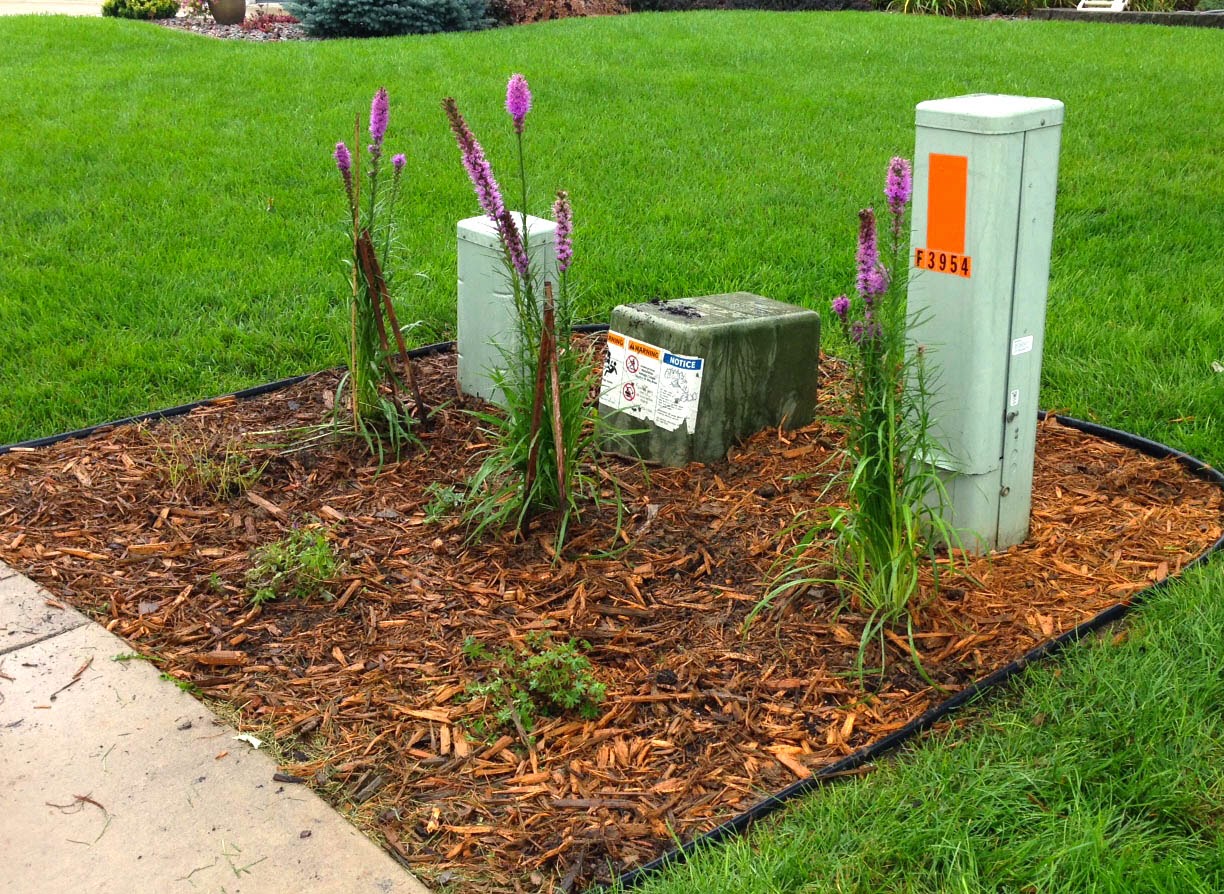 Since it could be 2-3 years before they're full and lush, I added three gayfeather plants for a pop of color. When they're all grown, it will be pink and purple and a mecca for our bumblebees and butterflies. 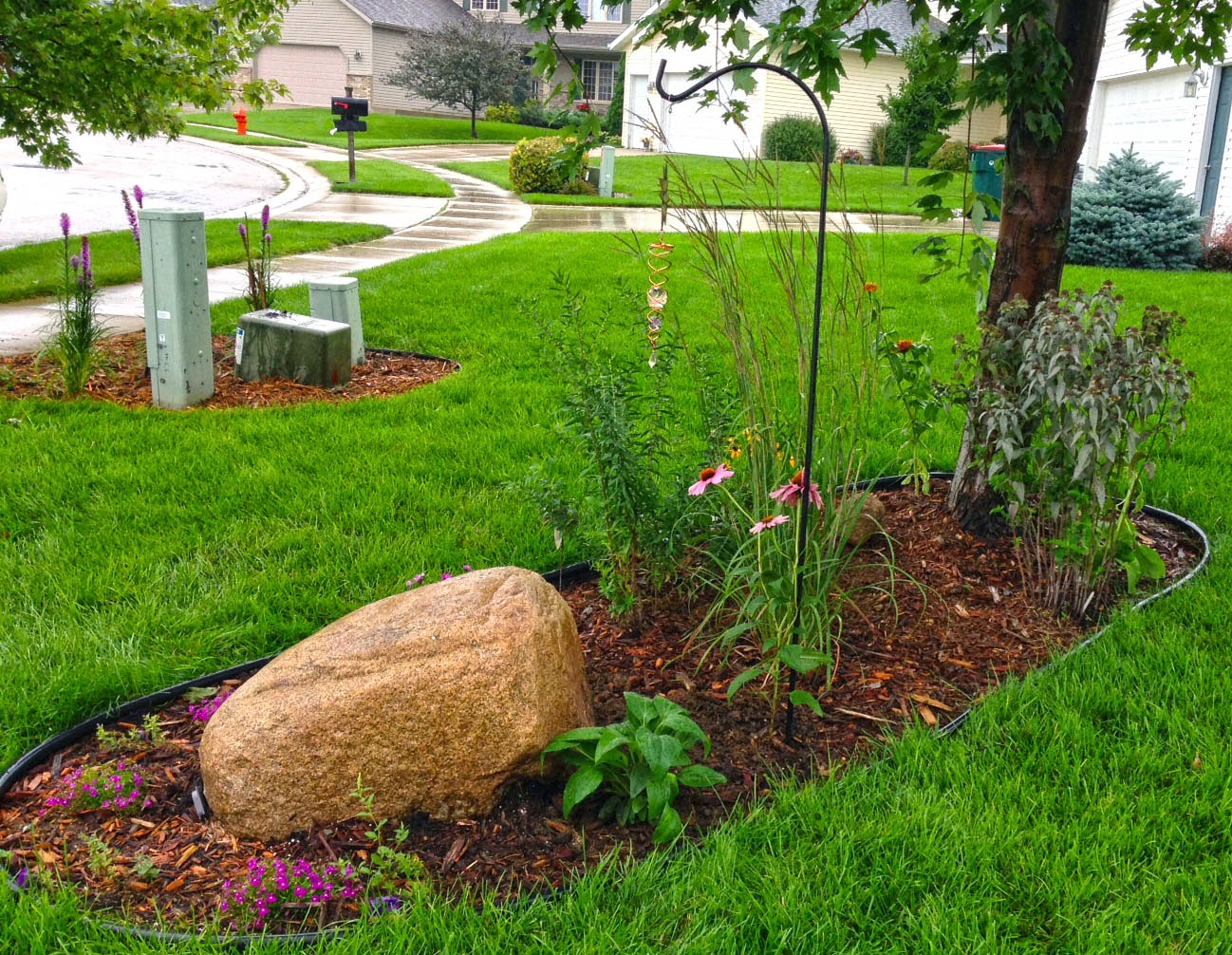 The area around our tree is the beginning of a butterfly waystation. We have a basking rock, lots of flowers, shade areas and sunny areas, and places for caterpillars to do their thing. It's still an immature garden, but I expect it will look pretty full by next July. Some of the natives are from just after I bought the house, so nearly two years old and finally getting full. I'll be moving some flowering plants from elsewhere to fill out the area in front of the rock before the cold sets in. The only thing we're not adding is standing water for butterflies to drink. I'll probably spritz the flowers for water beads on hot days instead.

If you want to learn more about creating a butterfly garden, there are great resources through the University of Minnesota and the Minnesota Zoo.

Here a few plant types if you'd like to get started:


These offer a nice variety of color and size. Be sure to plant several of each type so the butterflies will notice their preferred plant. Different butterflies each like certain plants more than others, so a nice variety will bring in more species.