April 10, 2015
With the weather slow to warm, I have time to think (probably overthink) more on my garden layout. In an ideal world, I'd have a lot of space to work with and marked off areas for certain plants that play nice together. Working with what I have means I need to be creative in my organization to maximize sun exposure, provide even watering, and reduce the complexity of different soil needs for certain plants.

The latest plan is a slight modification in bale layout, mainly to ensure certain plants get more sun and to provide more space for big tomato and cucumber plants. I'll stuff in some greens and flowers, and experiment with growing root veggies in the bales, starting with radishes. If the radishes aren't successful, I'll know early enough to start that area over by planting more peppers or cucumbers. 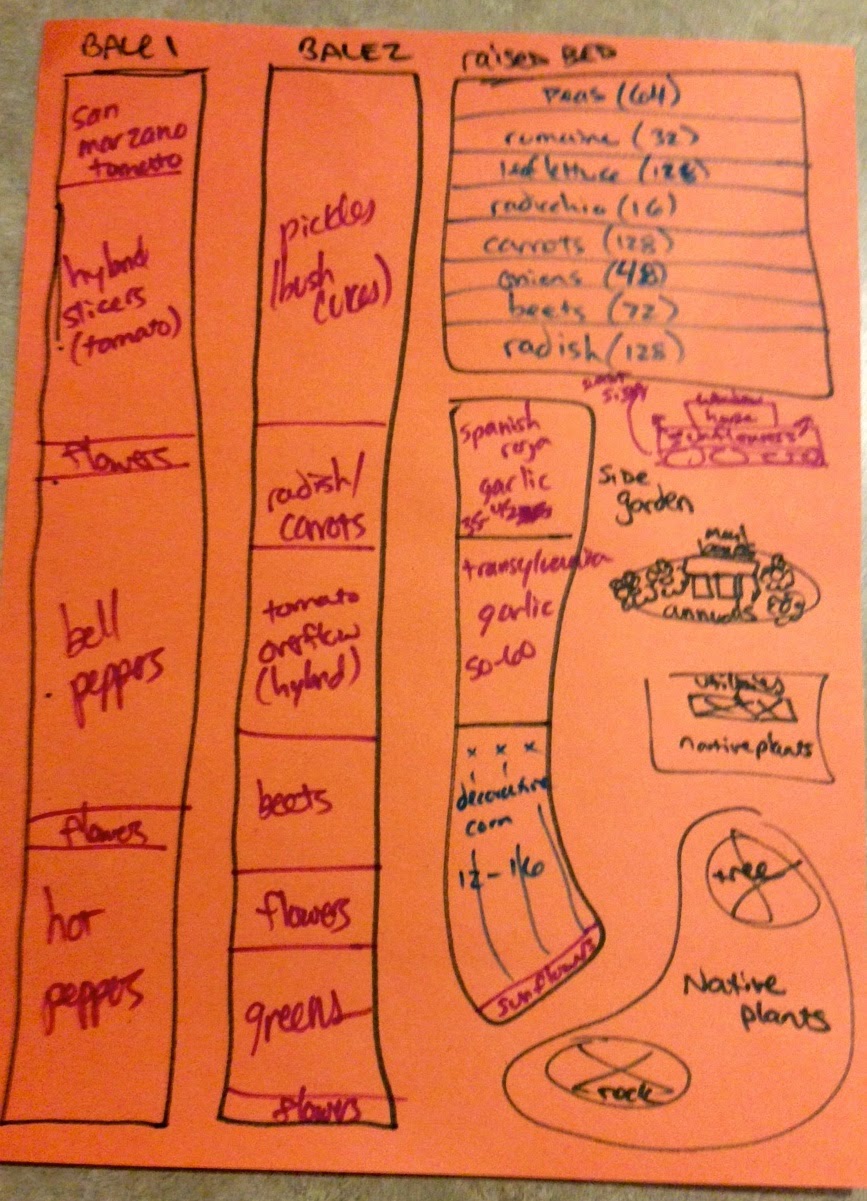 I really dislike waiting for planting season. Everything is delayed at the moment, even my potatoes, originally anticipated around April 2, now may arrive around the April 18. Some of my warm-weather plants aren't scheduled to arrive until mid-June now. I'm thankful for lettuce, radish, and beets, which allow me to feel productive sooner than later.

Meanwhile, I topped the bales with composted straw from last year. It's pretty much dirt now, which means I don't need to pick up a bag of garden soil. Shortly after, my husband built a box around the second row (see photo), which will help contain the bales as they decompose. Not required, but looks nicer. 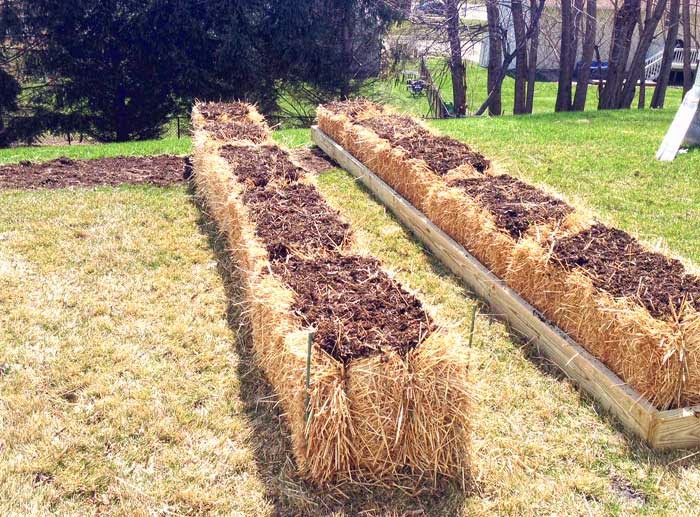