June 01, 2014
For the past several months I have slowly been making a beautiful dress following a Craftsy couture sewing class by Susan Khalje. Before this, I'd never made a fitted bodice for a grownup and had never made anything substantial from silk. 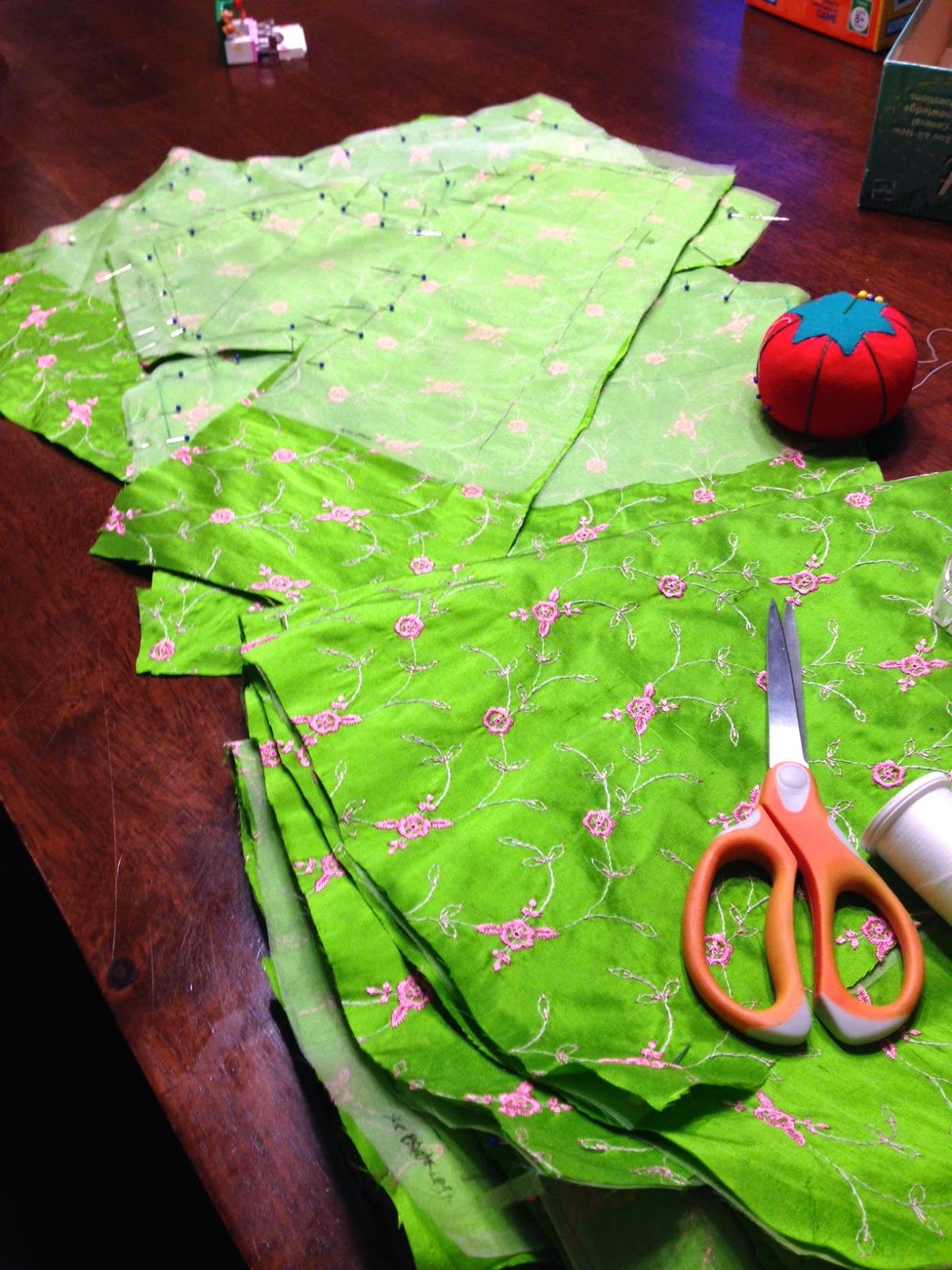 I made two muslins, realizing I'm a near perfect size 10 after making significant alterations to my first attempt with a size 12 pattern. With the 10, there were some tweaks during fitting, but nothing major for fit purposes. I altered my pattern so I'll have the sleeves I want, more coverage in the front, a longer bodice, and a higher back and then began by cutting the silk organza. With the markings on the silk, I don't have to mark the fashion fabric. I used the organza as a pattern to cut the embroidered silk dupioni and basted them together. 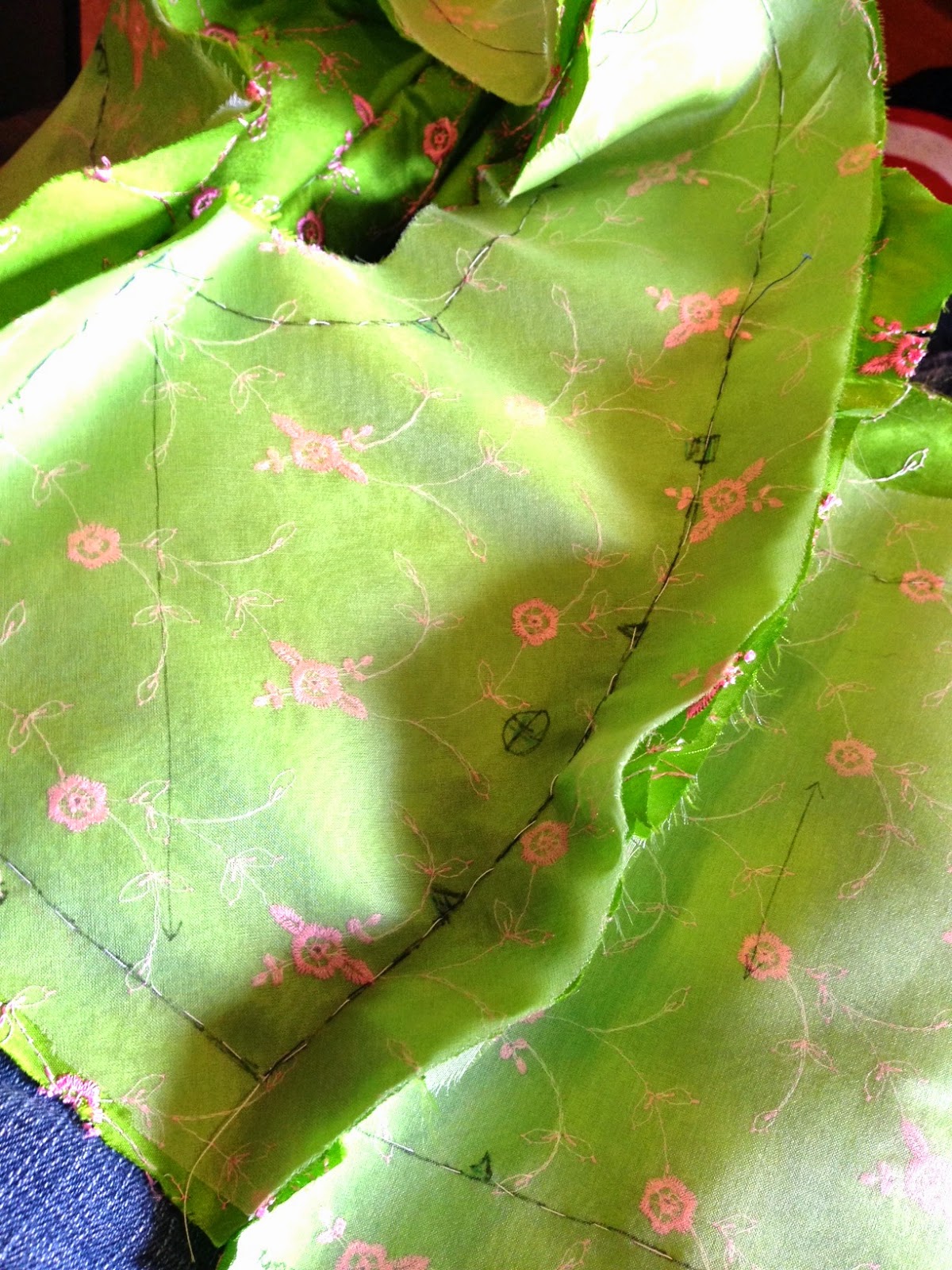 Truth be told, I'm still basting. I was trying to multitask, watching a TV show, and basted to the wrong side for all four skirt sections, so I'm halfway done fixing that mistake. I basted the bodice together and fitted it to me and it is just how I want it. There's a bit of room to move, but it's fitted enough. I made a couple of tweaks to where the princess seams hit the bust line, but that was mostly a minor adjustment to the curve thankfully.

It doesn't quite look the same on the dress form as it does me, but you get the idea here: 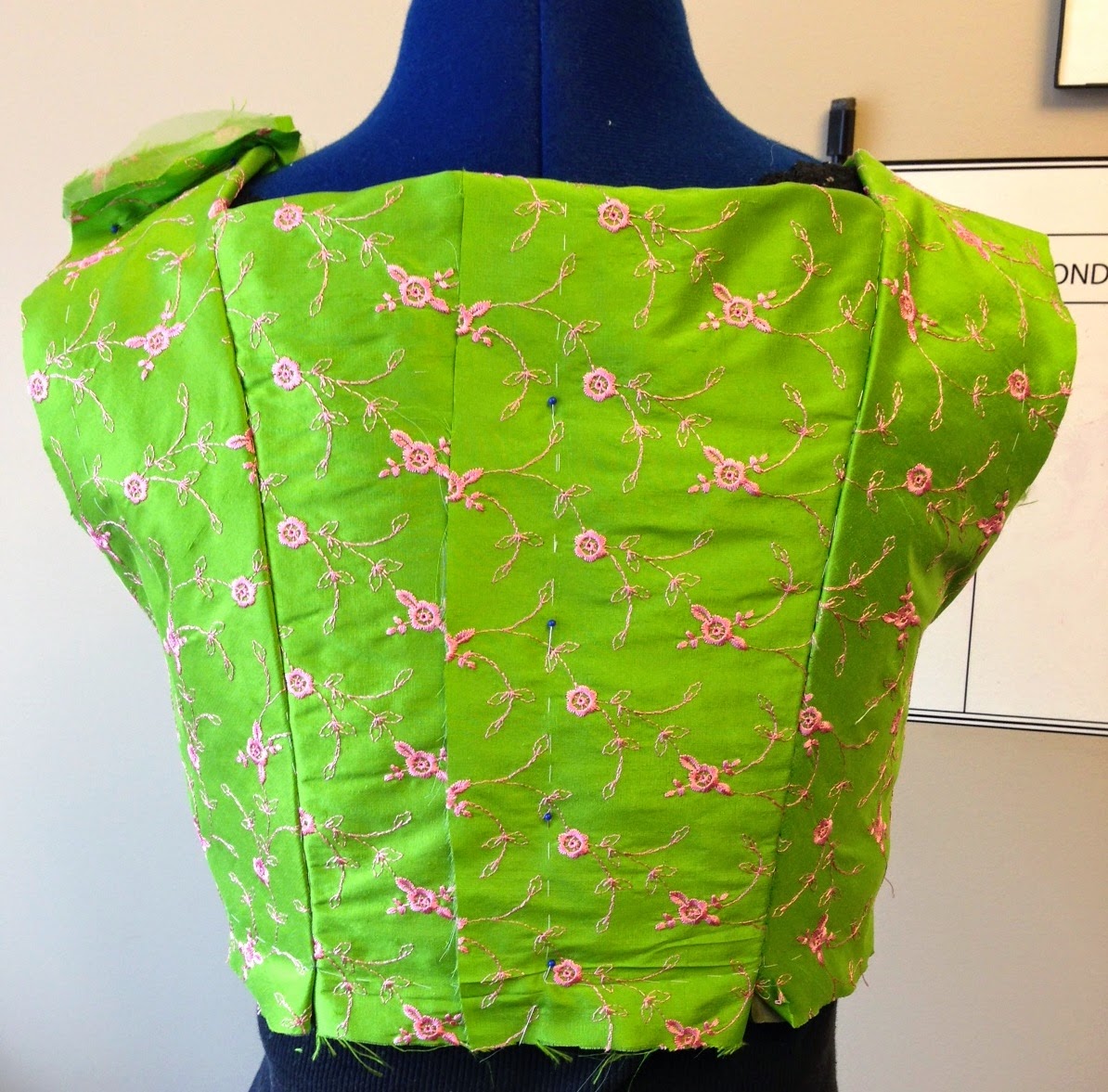 I haven't finalized the exact height and shape I want the back, but it's close to what you see above. I also haven't snipped the armholes. The zipper will go approximately where the pins are in the picture.

The skirt is a full 1950's style tea length, semi-stiff look. Fun and flirty and won't blow up in the prairie wind. Even though the fabric pattern isn't quite perfect at the seams, I'm quite pleased given I really didn't have much extra fabric to work with. I wanted to keep wide seam allowances and that was more important to me than having a perfect match. I think it's close enough to look lovely for what I'll be wearing it for.

After I have the whole thing basted, I'll fit again and pin the sleeves to decide on length. I'm certain I need to tighten them a bit based on initial fittings. Then I get to put in the permanent seams, take out the basting stitches and add stays in a few places around the bodice.

Then there is the lining to deal with. I found a luxurious green china silk but it's going to be shifty and tricky to cut I'm sure.